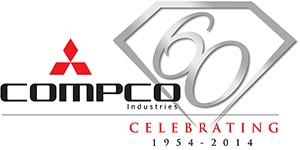 Compco Industries remains focused on the success of the customer. By always putting our customers first, we take pride in finding innovative solutions specifically tailored to each of their individual needs. With 160,000 square feet of production space and numerous production lines, we continue to re-invest in our future with the addition of state of the art automated equipment. Our customers have discovered the benefits of letting an innovator take care of their customized needs. Let Compco Industries start Forming Your Future.

A program honoring fallen heroes in our community

Wilbert Funeral Services and Wilbert Licensees are honored to provide families of firefighters, law enforcement officers and emergency medical personnel who have died in the line of duty with a tribute worthy of their valor and sacrifice.

At no charge to the family, we donate a customized Wilbert Stainless Steel Triune® burial vault when traditional burial is chosen.

If the choice is cremation, we offer a choice from four high-quality urns, as well as a Stainless Steel Triune urn vault if the cremated remains are to be buried.

Each burial vault or urn vault is customized with a Wilbert Legacy Series print depicting the hero’s profession (if available) or a Legacy Custom Series print that is personalized with photos.

As a final tribute, a WilbertWay® graveside service is provided at no charge to the family, if permitted by the cemetery. This service includes the display of the personalized vault cover carapace at the graveside, adding to the commemoration of the fallen hero. The final sealing and lowering of the vault is also part of the WilbertWay service.

With gratitude to our fallen first responders and their families, Wilbert and Wilbert Licensees extend our contribution to honor heroic lives, sacrificed in valiant service to neighbor and community.

The Muransky Companies are comprised of the Surgical Hospital at Southwoods in Boardman, Ohio – an accredited, state-of-the-art inpatient surgical hospital that serves more than 20,000 patients annually.Chestnut Land Company – the largest franchise partner of Auntie Anne’s Soft Pretzels operating throughout the United States.The Lake Club – a private golf club with many member amenities as well as a public banquet facility, ivory & birch – a boutique specializing in unique and inspiring gifts, apparel, jewelry and home, and Rise Pies – a new fast-casual pizza restaurant.

SymbolArts is an Ogden, Utah based company that produces jewelry quality products including badges, coins, patches, pins, key chains, awards, medals, apparel and more.Since 1986, SymbolArts has consistently provided these products to the public safety industry, and other major markets – including corporate recognition and commemoratives.SymbolArts was an official licensee of the Salt Lake City 2002 Olympic Winter Games and is currently licensed with the Boy Scouts of America®, Harley-Davidson®, and others. 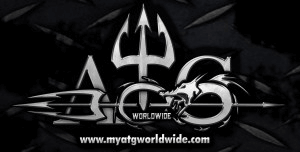 On average, every 53 hours somewhere in America a law enforcement officer is killed in the line of duty. It is our responsibility and obligation to ensure their memory and sacrifice are never forgotten. To do our part the National Fraternal Order of Police, the National Auxiliary and Bass-Mollett Publishing have formed a unique partnership to help honor these fallen heroes.

Since implemented in August 2012, more than 100 Memorial Box Sets have been distributed. Each is accompanied by a personalized letter from the National Fraternal Order of Police and National Auxiliary acknowledging the fallen officer’s contribution to society. This tribute is shipped to the State Lodge, where someone in a leadership role personally presents the set to the surviving family or agency and offers our sincere condolences.

The Fraternal Order of Police is the world’s largest organization of sworn law enforcement officers, with more than 325,000 members in more than 2,100 lodges.We are the voice of those who dedicate their lives to protecting and serving our communities. We are committed to improving the working conditions of law enforcement officers and the safety of those we serve through education, legislation, information, community involvement, and employee representation.No one knows the dangers and the difficulties faced by today’s police officers better than another officer, and no one knows police officers better than the FOP. 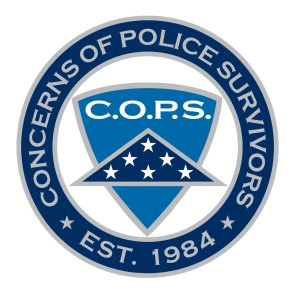 Concerns of Police Survivors, Inc. (C.O.P.S.) provides resources to assist in the rebuilding of the lives of surviving families and affected co-workers of law enforcement officers who have died in the line of duty as determined by the Federal Bureau of Investigation (FBI), Public Safety Officers’ Benefit (PSOB), National Law Enforcement Officers’ Memorial Fund (NLEOMF) or Fraternal Order of Police (FOP) criteria. Furthermore, C.O.P.S. provides training to law enforcement agencies on survivor victimization issues and educates the public of the need to support the law enforcement profession and its survivors.

Ohio Flame offers a unique line of Artisan Fire Pits with the Skillman Signature Series. These beautiful Fire Pits are designed and handcrafted by local artisan, Matt Skillman, and serve as a functional of piece of art that is the perfect centerpiece for your outdoor space. Our Artisan Fire Pits are 100% American Made and feature a Lifetime Warranty. With no parts to break or wear out over time, these artistic Fire Bowls are built to last a lifetime. Each Artisan Fire Pit is crafted from either .156″, .187″ or .202″ thick American steel sourced from local steel mills. No maintenance is required for this Fire Pit, as its designed to withstand the elements year-round. Each Artisan Fire Pit features a Rain Drain to allow for water drainage. 100% Made in America and crafted by local artist and Ohio Flame founder, Matt Skillman.

The Deputy Brandon J. Nielsen Memorial Foundation was established in memory of Brandon Joseph Nielsen, born on September 14, 1977, in Torrance, CA.Brandon was born with a comedic sense of humor, a serving spirit and a hearty laugh, whose only desire in life was to help others. Brandon was our devoted son, brother, and uncle; a dedicated husband; an amazing father and step-father, a treasured family member and a dear friend to many. As a child, Brandon dreamed of becoming a police officer — combining both his deep desire to help others and his love for motorcycles. His ‘brothers and sisters in blue’ described him as a “Cop’s Cop” and a real ‘stand up’ guy.He served his community as a dedicated law enforcement officer and performed police escorts, traffic control, and was a strong competitor in many motorcycle rodeo skills competitions across the country. He was well-known for his motorcycle expertise, but for Brandon, he was just “Makin’ It Do What It Do.”Sadly, in the early hours of August 16, 2012, Brandon was killed alongside Deputy Jeremy Triche in the line of duty in LaPlace, LA. Flags were ordered at half-mast and Brandon was honored with a hero’s funeral attended by nearly 4500 people, including police officers from all over the country; LA Governor Bobby Jindal; LA Attorney General James D. “Buddy” Caldwell, and LA State Police Colonel Mike Edmondson. The family received an honorary motorcycle escort with over 1500 bikes representing motor officers, first responders, Patriot Guards, Blue Knight’s, and citizens from all over the United States.In May 2013, during National Police Week, Brandon was one of 120 fallen officers killed in the line of duty during 2012. He was memorialized at the U.S. Capitol building in Washington, D.C., with President Barack Obama; Secretary of Homeland Security Janet Napolitano, and Attorney General Eric H. Holder, Jr. in attendance.